Pragati mahila mandal is an NGO that is already used to feed poor people and help them in any possible ways. Mrs. Shanti, the founder of Pragati Mahila Mandal, saw many people suffering as the pandemic strike. Due to lockdown rules and regulations, many people who survived on daily wages, lost their jobs and had no other options to earn money. Factories and businesses closed down and many families had to sleep without food. The prices of the basic food items were not affordable for these people.

Firstly, politicians started these khichdi drives, and after some days, they stopped distributing meals. People again started suffering. Then Ms. Priyanka of Ratna Nidhi Charitable Trust visited Mrs. Shanti of Mahila Mandal regarding this programme. They held various meetings together and decided to execute this programme. Ratna Nidhi made efforts to ease the things for them, so that they can effectively work towards this mission. They searched out for children in slum Darukhana, Mazgaon area who were not able to afford even one meal and made lists. They paid 4500 rupees monthly to a taxi driver to take care of all the transportation of the meals from one place to another.

After a little ease in the pandemic and opening up of the businesses and factories, people started earning and things calmed down. But they still distribute khichadi to small children, old people and people with disabilities. Their daily count includes approximately 100 families who are really poor and 450 people with disabilities. Localities they distributed include Ghodbunder road, Nemodi and Reay Road (East).

Through all the difficulties due to financial problems, Pragati Mahila Mandal managed to help the needy people with the help of Ratna Nidhi Charitable Trust without any second thought. Till today they distributed 24500 meals packets. This represents their attitude towards the poor people and their passion to help them. This is a pure representation of humankind. 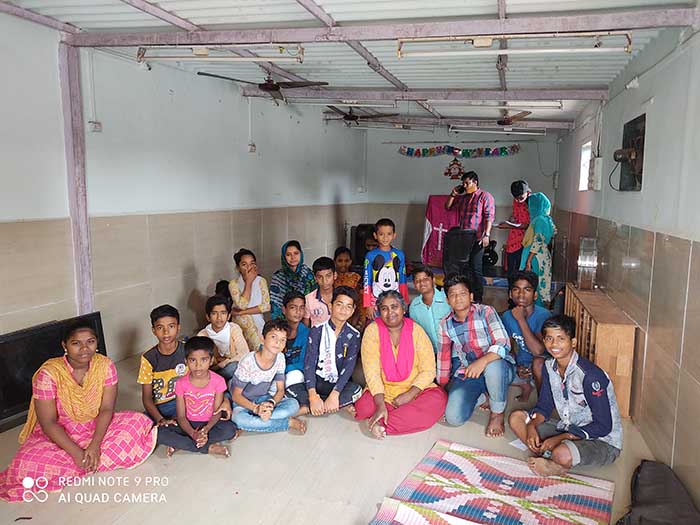