A  JOINT  INITATIVE  OF  RATNA  NIDHI  CHARITABLE  TRUST  AND  IMC
Cyclothone 2020 is an initiative to spread awareness about orthopedic disability through a unique activity. Stefan Voormans, an inspiration for many physically disabled individuals, would be cycling from Kolhapur(Maharashtra) to Mahalakshmi (Mumbai) covering a distance of about 650 kms over a span of a week. This amazing event is scheduled to take place in February, 2020. 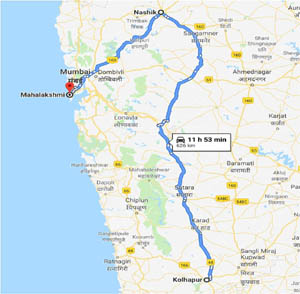 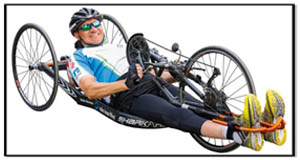 Born on 7th November 1970 in Nettetal, Germany, Stefan met with an accident on 10th December 1987, with a scooter. He became paralyzed because of the accident. Till date, Stefan has spent over three years in hospitals undergoing 64 surgical operations.

Since 2002, he started hand cycling and took part in many races around the world – most of them in marathon distances of 42 kms. He won the German Championship in Para triathlon in 2010, stood 7th at the New York Marathon in 2006 and came 4th twice at Beirut Marathon in 2009 & 2010. Since 2005, he has also been the Executive Director of Somedi Nettetal, a German NGO.

To know about Stefans achievements and associations in India click here

COST OF PROVIDING ONE DISABLED BENEFICIARY WITH AN ARTIFICIAL PROSTHETIC LIMB  AND ETIQUETTE GROOMING = Rs.10,000

All donors will be given adequate visibility through:

vBanners of the donors will be put up at each location
vBranding on the vest worn by the cyclist
vVisibility across all digital platforms like Facebook, Instagram, Linkedin and our Website
vSpecial mention in the speeches at different location
vPress coverage

Choose any of the following option to make a donation.